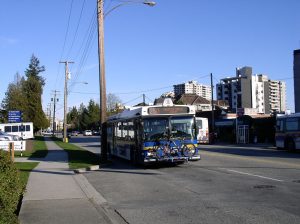 There were a lot of arguments underway when the six candidates for the leader of the B.C Liberal Party met for a debate last week. The last one before they choose a winner next Saturday.

Who is the best person to show the party has undergone renewal?

How would they continue to grow B.C.'s economy?

Is experience in cabinet a virtue or a detriment?

If you have been following the campaign, it wouldn’t be surprising that a question about the price of housing was brought up within the first 80 minutes of the debate.

"We can be bold," said Mike de Jong. "Let's extend our transit networks out into the [Fraser] Valley ... and rezone and build up and provide the homes that people need and get them into our major population centres."

Post which, Sam Sullivan and Mike de Jon proceeded to talk about how impertinent it was to put pressure on the local governments to increase density respectively.

Unfortunately, that was all that was spoken about the topic. A topic that has kept more than 50% of British Columbians awake at night. An issue which they believe is one of the most important issues in the province recorded by the Insights West survey.

The debate was extremely indicative of how the B.C liberals have approached the housing campaign throughout the campaign. The price of housing has been only brought up occasionally and nearly always framed in the context of the need to build more units.

"The housing affordability challenge is the number one concern today," said Todd Stone. "This is the challenge, I think, of our time, to make sure our kids can get into the market."

Michael Lee and Stone are actually the only two candidates who have addressed the housing speculation on their respective platforms with Stone even suggesting a province-wide vacant homes tax for all. In retrospect, they were much more energetic and enthusiastic discussing different ways the government could increase the supply rather than reduce demand.

"I really think the greatest opportunity to apply downward pressure on rising housing prices is on the supply," said Stone. "There are 120,000 units of housing in Metro Vancouver today that the private sector wants to build, but can't, because they're awaiting approval."

"We all have a role to play. The provincial government should have shown more leadership, certainly," said Lee.

"But it is something that municipalities, when you look at supply, they have the primary responsibility to get through the zoning process, to ensure that the 100,000 units in the pipeline get developed."

The only issue that really excites all 6 candidates is the government’s referendum for electoral reform.

One of the contenders, Andre Wilkinson has put it up as the first section of his platform and even has a petition against the idea. While as Todd stone believes that the referendum represents "perhaps the single greatest attack to our democracy." A common point among all which is next to low taxes and balanced budgets.

Though the referendum may be a huge issue to all the contenders with the inclusion of many B.C Liberal members, it does not appear to be a great general public issue. The government has led a public engagement on how the referendum should work, but up until now less than 12,000 citizens have completed the online survey.

"So far, it's been a very low-profile issue," said Wilkinson, who believes it will change that if he becomes Liberal leader.

"It is fundamental to our society, and people in the Interior and north totally understand that. In the Lower Mainland, people haven't really woken up to the issue yet ... I think with full information, a lot of people will say 'why are we changing the fundamentals of our democracy?'"

Maybe. But, if the most pertinent issue of discussion in the Lower Mainland continues to be the price of real estate instead of how the future elections are to be contested, the new B.C Liberal Leader may need to pivot their priorities once they start campaigning to a general audience.