The Gift by Liberals – The B.C Budget 2017 provides for a 50% cut in MSP premiums and other benefits. 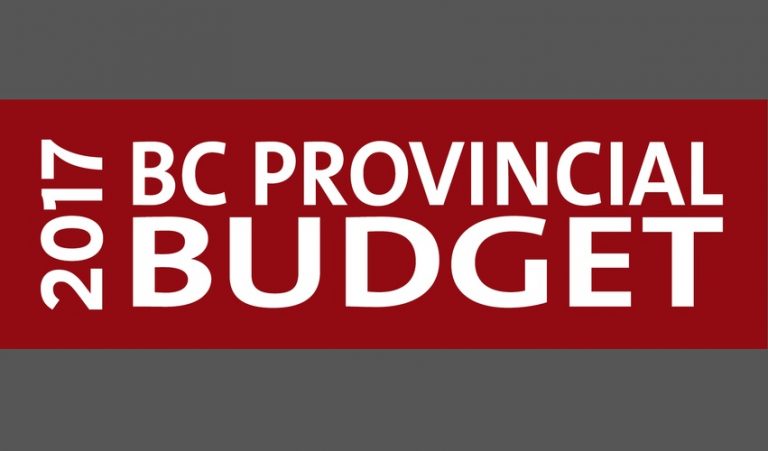 The BC Finance minister, Michael de Jong delivered a pre-election balanced budget which has been termed as the “People’s Budget”. It is packed with benefits for all in terms of tax cuts and spending. One of the main components being MSP premiums being slashed by half for households earning less than $120,000 per year starting 2018. The minister intends to abolish the program in the long term but nothing further has been discussed.

It has been estimated that the budget will lead to savings of up to $450 per person and will affect more than two million residents. This has certainly been the largest tax cut in BC since 2007, which is the opposite of what we have witnessed in the past with a year on year increase on MSP tax. It is a positive step in the right direction; let’s hope they eliminate it altogether.

Since 2016, affordability has been a huge issue in BC, but with this balanced budget, it is sure to win some votes for the Liberals. The hot topic of every household has been the increase in cost of living, especially because property taxes, ICBC, CPP, EP, have gone up. At least the government has identified the issue and is working towards it. The budget has also raised the threshold for property transfer tax exemption for first time homebuyers with homes worth $500,000 or less will be tax-free.

The budget predicts a surplus of $295 million this year. The minister Michael de Jong mentioned that this budget responded to its citizens who wanted the government to give the surplus back. He further stated that the citizens deserve to receive dividends from their strong economy because they are the ones who work with so much dedication to keep the province running.

But, the provincial debt has been predicted to climb to $69.7 billion from $66.6 billion in 2016, which is worrisome. The cut in MSP by 50% will cost the government close to $950 million. But, the said move may cause a lot of trouble with the opposition NDP. The latter has planned a $10/day childcare program that has a total value of close to $1 billion.

The MSP move is expected to cost the province about $950 million, and comes after widespread speculation about how the government would “give back” its surplus – many arguing the province might shave a point off of the PST or alter other rates or fees.

The move, removing a key revenue stream from the province’s coffers, could cause political trouble for the opposition NDP, whose centerpiece $10-a-day childcare program is estimated to cost about $1-billion over the next 10 years.

Furthermore, the budget also provides for an additional $159 million towards maintaining assistance levels for low-income families and seniors requiring support with private rental payments. The province will continue to provide its BC HOME partnership program that offers up to $37,500 interest-free loans to first time homebuyers.

In the coming year, opportunities to address housing capacity, improving processing and permitting of housing development applications and better housing affordability will be of highest priority. But, amidst the elections in the near future, it will be best to take a seat back and watch how much of the budget will be overturned and what will be implemented.