Are you smarter than Warren Buffett? 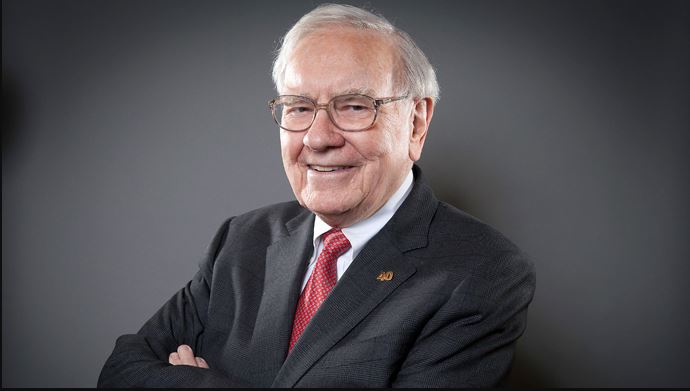 Do you think you’re smarter than Warren Buffett?

More often than not, you come across somebody advising; “Buy Low, Sell High.”

The same can be said about the Real Estate sector at present. As witnessed over the past couple of years, the government has started to tighten mortgage rules in lieu of the crisis faced by the United States in 2008. The most recent mortgage federal mortgage policies has had a negative effect, the market in Vancouver seems to be cooling.

Though I will address it later on in the article, I am not speaking as an economist but as somebody with common sense which doesn’t seem to be common anymore.

They are designed to not sell the news but to instil fear onto the individuals to be afraid of and distrust real estate professionals.

My team & I have helped 100’s of families in this year alone try to find a home or sell one. You can check some of the testimonials on - www.VhfReviews.com.  Just for clarity, I have nothing to gain by saying the following, my job is to clarify and help people who want to make money in real estate to do just that.

Let me break this down, I know the man is a stock investor, and I know of two instances when the man invested in companies which were losing money, and he profited it from it.

Recently, Home Trust ran out of money, and because of bad publicity, they needed urgent cash because people were taking their money out.  Home Trust is one of the very few lenders that offered attractive products in the alternative lending realm.  When even the government didn’t want to bail them out, Warren Buffett invested 400 million dollars in this company buying its stock at a steep discount.

In 2008, the stock market witnessed a loss of between 50-90% in a period of a year. This was the period he invested more than 2 billion dollars in the market so much so that at the age of 50, Warren Buffet only had 1% of the wealth he does now.

Then again, you may ask, why do I like the guy?

It’s simple. He is honest, trustworthy and gutsy.

Let’s break it down.

Why is the market slowing down?

As a Real estate agent, I don’t want to make a living, I want to be the best at what I do, I have taken courses offered by CREA (Canadian Real Estate Association) that would make me understand issues related to real estate globally.

One phenomena that I noticed was that in every country that ever witnessed a real estate crash, one thing was common, money ran out. This only means that the government did not lend money to people to buy homes.

Since the past 5-7 years, the government has been harbingering on bringing about tighter mortgages rules that have scared the public to hide under the covers. The trend has been consistent so much so that every single day that you go home, you are only iterating new rules. Just as a cherry on the cake, the federal liberty party has passed laws to tighten the mortgage rules while the local liberal party passed the home ownership program which got a bunch of people to buy homes, and heated the market after they cooled it down last August 2nd 2016 by passing the foreign buyer tax.

What do they want, for us to stop or start buying real estate?

Why pass a tax to cool down the market, and then turn around and give people an incentive to buy more?

Adversely they raised home prices and demand on the first-time home buyers, whom they wanted to help in the first place. Home prices have increased especially for the lower end.  Anyone buying between 200,000 – 700,000 has seen a price jump all thanks to the same laws that the government is passing.

Due to tighter mortgage rules, detached home sales have witnessed a decrease which when you are on a tight budget can be a great advantage. You can join forces with a family member and be able to afford a detached home if not a condo! Or maybe you and your friends and his family can both invest in a detached home together.

The prices of detached homes are not what they were a year ago but it is always a good idea to buy a home with your friends or family. In this day and age, cost saving seems to be a more optimal option.

Rings a bell. Doesn’t it?

So why do most people stop buying when the market is slowing down?

Do they think they can time the market?

No one can time the market, this is why there is no fortune teller who wins the lottery.  Even Warren Buffett says, you can’t predict what will happen with the market.

On August 2nd 2016, when the foreign buyer tax was passed, and implemented over night making thousands sue the liberal government because they bought homes without the knowledge of a new tax being brought on.

There were many who were scared, but many more who did not buy into this and they still witnessed an increase in their home value.

If you don’t want to SELL right now or don’t have to, then don’t.

But, if you want to BUY, especially if you are a first-time buyer, then go right ahead.

The fear present in the market combined with the speculation is the perfect time to bang yourself a great deal.

We just helped a family who were priced out of the market save $20,000 by deploying a very simple strategy that no other real estate teams employ.

Call me or one of my team members, and I will tell you the Truth, not the hyped-up bullshit.

Have an amazing week Vancouver.