An Info-Graphic to Explain the Canada Housing Crisis.

As obtained from RBC, the info-graphic clearly summarizes the real estate market in Vancouver in terms of Housing Affordability that is basically is the cost of owning a house at the market price as a share of disposable income.
It’s an inverse equation such that the higher the number, the lesser the affordability of homes is possible.

According to the information, the country is experiencing it’s first highest housing affordability as compared to Q2 2010; high which is almost 47.1%.

Not only that, another shocking discovery is the fact that in Canadian Housing hot spots, the housing affordability is the highest every recorded in the nation at a 87.6% while as in the modest areas have been recorded as the most affordable. 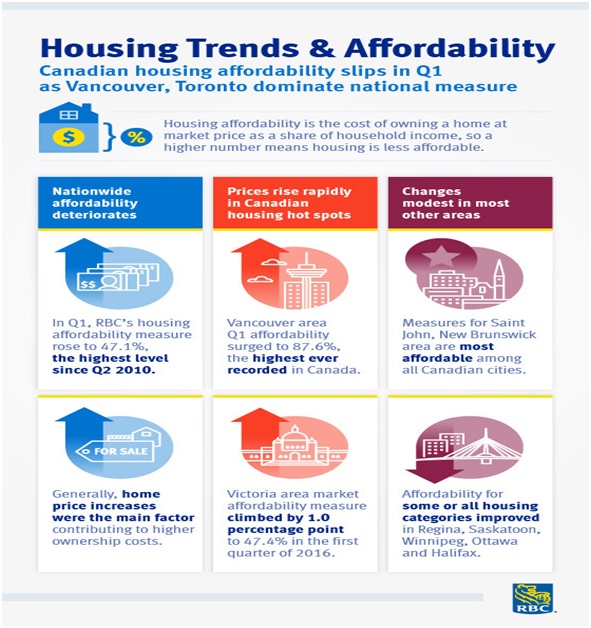